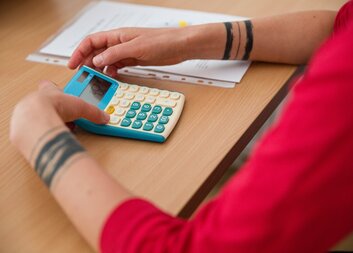 The amendment to Act on Enforcement, the so-called "Merciful Summer", which was aimed at forgiving interest to debtors of public institutions after payment of the principal sum, ended at the end of January this year. The Chamber of Executors presented the final data, according to which 15,000 people had their debts wiped out. The total paid principal sums amount to 390 million crowns.

We consider it a success that fifteen thousand people can start a new life with a clean slate without a single debt, and that the number of foreclosures has been reduced to several thousand more. However, it is not certain whether these figures include the still unresolved debts resolved under the Merciful Summer, as such debts are still being registered by non-profit organizations. We assume that these unresolved debts are not included in the total, so it is likely that the final number of those helped by the Merciful Summer will increase.

The Chamber of Executors of the Czech Republic evaluated the Merciful Summer rather unsuccessfully. According to initial estimates, the amendment covered 1.3 million foreclosures, but "only" 52,000 applied for debt relief. Of these, 42,000 benefited from it, the Chamber of Executors of the Czech Republic said in a press release. Caritas Czech Republic, on the other hand, is glad that so many people were helped in just three months, despite various obstacles imposed especially by bailiffs. This is good not only for the debtors but also for their employers, who will be relieved of the demanding administration. At the same time, those unemployed who are debt-free will have an increased chance of getting a job.

"From the beginning, we have pointed out that the Merciful Summer will benefit about 10 percent of the 200-300 thousand people covered by this amendment to Act on Enforcement. The reason for this is that people in foreclosure do not have money saved up, or they have so many foreclosures that stopping only some of them does not solve their difficult situation," Radek Hábl, director of the Institute for Prevention and Resolution of Over-indebtedness, argues against the interpretation of the data by the Chamber of Executors. Moreover, in many cases, debtors did not receive any answers from bailiffs to their questions about the specifics of their debts, which prevented them from taking advantage of the Merciful Summer.

Forgiven debts amount to just under CZK 1.6 billion. The Chamber of Executors mentions in its press release that these funds will be missing from public budgets. However, in a relatively short period of time, 390 million has been added to them, which is the total amount of principal sum paid by debtors. "In many cases, these would never have flowed into the public budgets, and if they did, it would have been later on”. In addition, a significant part of the accessories consists of the executor's remuneration and costs, so the public budgets are not affected in any way," Hábl adds.

Moreover, the statistics show that only 20 percent of the entire enforceable debt is the original debt and the rest is interest, penalties, and enforcement costs, which points to the absurd enforcement system in the Czech Republic. Debtors could get another chance at debt relief this year. The Ministry of Justice has proposed to repeat the event; this time it would be called Indian Summer and start in September. "We welcome the repetition of the Merciful Summer. As a non-profit organization that works with poor families who find themselves in debt traps, we unequivocally support the amendment to the Act," says Iva Kuchyňková, the advocacy manager for Caritas Czech Republic in the social field.