We are currently the largest non-state provider of social and health services in the Czech Republic and in terms of the volume of foreign aid, we rank in second place. We can boast of a century of history, yet we were only able to start building a fully professional organization after the regime change in 1989. What preceded it? 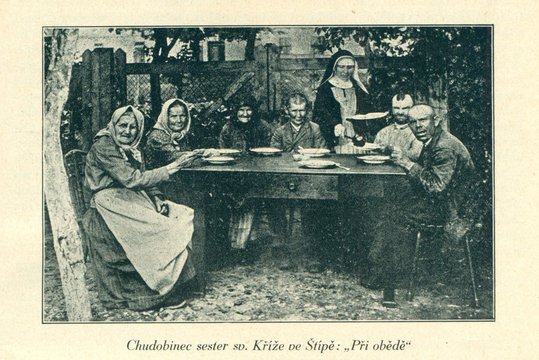 Caritas Czech Republic builds on a rich history of caring for Christians and churches for the poor and suffering. The origins of the Catholic Caritas go back to the end of the First World War and the break-up of the Austro-Hungarian Empire, when charities began operating in several places. In this way, from below, was gradually created a network of facilities, which in 1928 was headed by a national Caritas headquarters based in Prague.

During the interwar period, Caritas Czech Republic experienced great development – and thanks to the experience gained, it was able to make a significant contribution as an organization in the hectic period after the end of the Second World War. In the spring of 1945, much before the authorities responded to the need for immediate assistance for returnees from concentration camps and other people affected by the war, it set up canteens, helped in the search for documents, cared for and treated people... At the time, district and district Caritas nursing stations with their diploma and voluntary nurses became sought-after refuges for the sick and suffering.

Caritas Czech Republic in the year 1945

Caritas Czech Republic was preparing for an onslaught of liberated prisoners from concentration camps at the end of April. At the railway station in Holešovice-Bubny, it set up a nursing service which cared for wounded fighters during the Prague Uprising; Caritas nurses were also trained here for soldiers and railway staff. By mid-June 1945, several tens of thousands of people had been treated in Bubny. 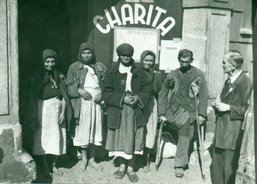 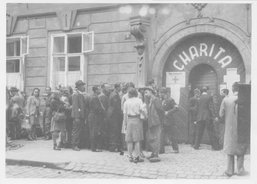 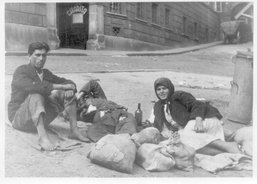 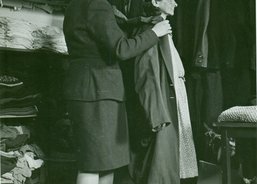 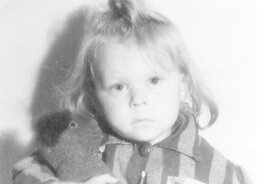 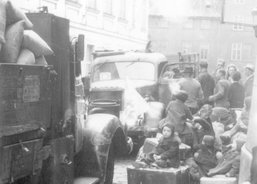 Other aid centres were quarantine stations in Vršovice and a nursing service at Wilson Railway Station, plus Caritas sent its workers to Terezín. At its headquarters in Pětikostelní (today Sněmovní) street in Malá Strana in Prague and in an adjacent rented house, it cared for 250 returnees on revolutionary days, to whom it provided food and treatment in addition to accommodation. In addition, it set up a public canteen in Beroun and Benešov. Pope Pius XII, who gave it his apostolic blessing, lauded the results of Caritas work in that period.

Soon, however, a turning point came: after the Communists took power in 1948, the state had in a short time deliberately pushed the Catholic Caritas out of its social and medical milieu. The entire Caritas network was abolished and replaced by a single voluntary organization, which was the Czech Catholic Caritas. It was subject to state supervision and its activities had to be reduced to publishing religious press and literature, selling devotional articles and caring for elderly monks, nuns and priests.

The new era could therefore begin after the regime change in 1989, when, in an atmosphere of enthusiasm, renewed confidence and a desire to help, there was naturally a need to build on the values of a democratic society that cared about its needy and suffering. The leaders of many local Caritas organizations were people from parishes, often organizers of a pilgrimage to Rome for the canonization of Agnes of Bohemia, or Christian Aid Committees, established after an earthquake in Armenia in December 1988.

In addition to voluntary assistance for the sick, collecting second-hand clothing or immediate assistance to prisoners released after a major presidential amnesty in the early 1990s, Caritas Czech Republic advocated in the years to come, a liberation of institutional care for people with chronic diseases, disabilities and the like, and was also helpful in their integration into society. It also broached the theme of dignified dying and established home health care. Volunteer associations, often resting on churches, became a fully professional organization with 8,800 employees in 301 local and 10 Diocesan Caritas organizations, including the Czech Catholic Caritas and the Greek Catholic Caritas, which help 170,000 people a year. Since 2007, we have been operating under the name Caritas Czech Republic.

Since 1995 we have been a full member of Caritas Europa and Caritas Internationalis, and we have partner organizations around the world. Under the name Caritas Czech Republic we help those in need on four continents, in the event of humanitarian crises and in the form of development aid.

The Latin word ‘caritas’ means love, in the sense of helping others, and is based on Christian traditions – as well as the first services run by the Church. We use the word Caritas with a capital letter, as opposed to the general term for caritas, as a designation of the organization – for Caritas Czech Republic 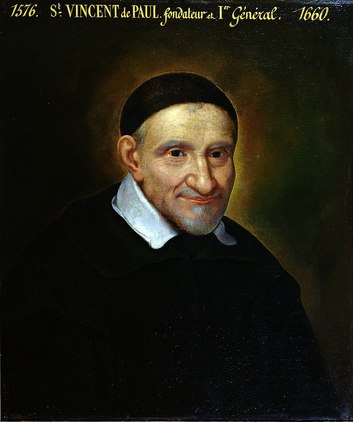 One of the founders of the modern European caritas and care for the poor is St. Vincent de Paul (1581–1660), a French priest and founder of the Congregation of the Mission, popularly known as the Lazarites, and the Sisters of Caritas of Saint Vincent De Paul. He is the patron saint of Caritas, prisoners, captives, homeless people and hospitals, and his feast day, which falls on 27 September, is celebrated in the Czech Republic as Caritas Day.

As a 24-year-old, he was captured at sea by pirates and sold into slavery in Africa. After returning to France, he first became Chaplain-Almoner to Queen Margaret of Valois and wasthen was appointed General Chaplain of Mediterranean prisoners and galley slaves. From 1648 to 1653, when France was devastated by wars, he organized extensive aid for the ravaged regions. Through printed leaflets, he gathered financial donations in Paris to buy food and clothing, which missionaries then distributed to the poor in the affected areas.

Vincent de Paul, who also founded the well-known Salpêtrière Hospital in Paris, devoted his life to serving the poor and saw his mission in preaching the gospel and the testimony of love. The man whose motto was “Brothers, let us not love with words or speech but with actions and in truth” (New Testament, 1 John 3.18), was canonized by the Pope as early as 1737. The work and spirituality of St. Vincent de Paul inspired many founders of caritas male and female congregations in the 19th and 20th century.