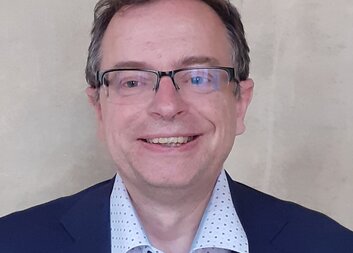 Caritas Czech Republic has a rich history, fragments of which date back to the 19th century. After the First World War, organized associations of Caritas began to form. Priests and bishops participated in the creation of the Caritas’ work. It first drew attention to itself while helping refugees from the borders in 1938, and in May it was caring for returnees from concentration camps. We present historical details in an interview with associate professor Jaroslav Šebek.

From what motives arose the need to establish a network of Catholic Caritas’ after the First World War?

The need to help people in adverse conditions is essential, in fact, it has existed since time immemorial. Charity work has existed in Bohemia since early medieval times. In the 19th century, when there was an influx of workers to the cities and the resulting social problems, charity work began to intensify even more, especially in the circle of religious communities that were founded with this goal in mind.

However, various Catholic associations are also emerging, especially from the second half of the 19th century, which also have a charitable dimension in their activities, such as the still-existing Kolping’s work. After 1918, there was an effort to institutionalize and centralize this charitable social work. That is why individual associations of Caritas’, organized on a national basis, are emerging. This is also the birth of modern Catholic Caritas, which we are talking about right now and which is 100 years old.

What figures were responsible for the birth of systematically organized Caritas?

Caritas was very strongly connected with the priestly element since priests and bishops participated in its creation. Josef Beran, later archbishop of Prague and cardinal, served on the board of the Association of Catholic Caritas’ in the Kingdom of Bohemia. Jan Stavěl, assistant bishop of Olomouc, became the chairman of the Imperial Headquarters of Catholic Caritas Unions in Czechoslovakia. After his death, Otto Stanovský, who worked as the tutor of the children of František Ferdinand d'Este, later an important prelate, was appointed to this position. He was arrested and sentenced to death in 1942 under the Heydrichade, later his sentence was commuted at the intercession of the Pope, but he was imprisoned until the end of the war and died soon after the war.

An important initiator and active supporter of charity work in Moravia was Archbishop Antonín Cyril Stojan from Olomouc, whose initiative led to the growth of a network of charities in the Olomouc and Brno dioceses. From a long line of priests who tried to expand charity work, let's mention P. Rudolf Nejezchleba and his work in the Ostrava region or the consecrating bishop Josef Martin Nathan in the Opava region. Caritas was one of the functioning institutions of the Catholic Church in our country. In addition to the Czech Caritas, there was also a German one. Catholic Caritas’ were also among the German believers.

Did these two linguistically different organizations work together?

It was the Catholic Caritas that tried to ease the tension in Czech-German relations. Even during the time of the great economic crisis, which exacerbated national disputes in our country. The fruit of the communication between the two national Caritas’ was mutually organized stays of Czech and German children in families. This was very practical because national prejudices could be broken down. When a large Catholic convention was held in Prague in 1935, both Caritas’ presented their activities together. After the victory of the Henleins in the elections, this was a relatively important demonstration that some kind of Czech-German national understanding is working here. Charitas’ played a relatively favorable transnational role in this.

What was the organization actually like during the first republic?

The Caritas community included the existing welfare church social institutions - homes for girls and the elderly, foundlings, orphanages, retirement homes, shelters, and institutions for the disabled, e.g. the blind or feebleminded, as well as local organizations called Ludmila and soup societies. A total of dozens of charitable institutes, most often run by charitable associations, religious orders, and congregations. Caritas also devoted itself to health education and nursing care in poor families.

What did Caritas use to deal with, or what made it "different" from the others?

The job was mainly social work and nursing the sick. From the beginning, Caritas proclaimed that it was a Catholic organization working for the good of the whole society.

Of course, all the political upheavals and events of the last century left their mark on Caritas’ activities.

Here I would like to remind you of the issue that Caritas is following up on very intensively at the moment - the care of refugees. It is a response to political events, such as helping the huge influx of refugees from the borderlands in the autumn of 1938 after the Munich Agreement. It was Caritas that tried very intensively to help tens of thousands of people who found themselves without homes overnight. Caritas in the hinterland took care of their reception and basic material security. This was the first socially recognized Caritas event.

Subsequently, in 1945 there was a large influx of people returning from concentration camps and those needing to be cared for. And here the Catholic Caritas plays an important role, which headquarters were then located in Sněmovní Street in front of the current Chamber of Deputies. There was an aid center for refugees. Mr. František Bláha, later a legendary porter at the Prague archbishopric, also joined in helping.

A number of drunk tanks also worked at railway stations and not only in Prague, but also in other places, for example in Ostrava. It can be said that when Charita is currently involved in solving the refugee crisis in connection with Russian aggression in Ukraine, it is continuing its best historical traditions.

How was Caritas affected by both totalitarian regimes?

During the Nazi occupation, some social institutions were also affected, because the Nazis used some of the buildings for their own needs and set up infirmaries from them. This reduced the activity of Catholic Caritas, however, there was a rapid revitalization in the first weeks of 1945.

However, in the first half of 1948, the Communists dealt a crucial blow. In connection with their attack on the church and religion, charitable institutions were also affected. Basically, in 1949, a unified charity model, Czech Catholic Caritas, was created, which still has a social-health dimension, but many church facilities are nationalized and the staff is gradually replaced and leaves the part of the work that focuses on outside help. The main charity work is now the care of the own church environment, i.e. the management of charity homes for priests and nuns. Suddenly, it devotes itself, for example, to the production of church devotionals, i.e. matters that we would describe as temple service or taking care of the production of sacred objects. This is a change from Caritas’ intentions of previous years. And there is another role that belongs only to Caritas, and that is the publishing of authorized Catholic books and publications.

Thanks to some functionaries, Charita functions as a political Trojan horse within the Catholic Church. I would like to mention two priests who became puppets in the hands of the regime - Eduard Oliva, chapter vicar in Litoměřice, and Jan Már, who participated in the creation of the Peace Movement of the Catholic Clergy and later as a member of the Pacem in Terris association. At the same time, he was also an agent of the State Security and used to tell on his fellow priests.

What was the momentum for reviving the charity organization, which freely serves for the benefit of society as a whole, after the change of circumstances in 1989?

We should not forget the efforts of church organizations to respond to some events that took place even before the fall of the communist regime. An important momentum for the revival of the truly original idea of Catholic Caritas work was the earthquake in Armenia at the end of 1988. This event triggered the first spontaneous wave of solidarity that was not directed from the communist headquarters, nor directed by party state officials. It was a spontaneous civic activity, and there we can see the seeds of a number of charitable organizations, even Catholic Caritas I think.

In 1989, there was an important preparation of the pilgrimage to the canonization of St. Agnes of Bohemia to Rome, when certain seeds of work for pilgrims were created, which we can see as an attempt to resurrect the original idea of Catholic Caritas. So the renewal in 1989 is actually a logical outgrowth of these first swallows.

Jaroslav Šebek (1970) is a Czech historian, and employee of the Historical Institute of the Academy of Sciences of the Czech Republic in Prague. He focuses on the history of the Czech countries of the 20th century, especially the history of political parties, Czech-German relations, and church history.