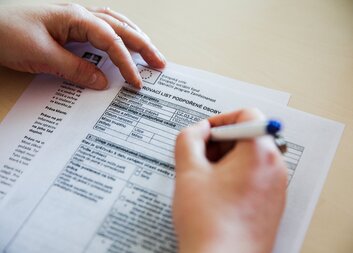 Merciful Summer has already begun. Get to know the process of debt relief

In July this year, the Parliament of the Czech Republic approved an amendment to the Execution Act, which also includes the so-called Merciful Summer. This time-limited measure should help tens of thousands of people break out of the debt trap.

Specifically, in the period from 28 October 2021 to 28 January 2022, some debtors will be able to terminate their foreclosures which they have incurred in the past with public bodies. In short, it is necessary to repay the principal of the debt in a lump sum, and in addition to paying the fee to the executor, including VAT, for the costs of terminating the execution. The rest of the debt, plus default interest and other charges, will then be forgiven. You can read more about how to proceed in the text below.

It is important to answer the following questions first:

If the debtor answers the questions in the affirmative, he or she most likely meets all the conditions required by law and should proceed as follows.

The next step will be to determine the current amount of principal recovered in execution proceedings, ie the amount of the original debt without so-called debt accessories, such as interest, fines, penalties for late repayment, legal fees, court fees, etc. If the debtor has started in the past to repay the debt, the remaining principal may be lower than the original amount of the debt. But beware, not all the money they have paid so far is automatically deducted from the principal. The previous installments likely went to cover the mentioned sanctions, and the principal is still the same as at the beginning.

The best solution to find out the actual amount of the principal is to contact the bailiff directly, preferably by registered letter or data box. Due to the legal duty of confidentiality, bailiffs do not have to provide information from enforcement proceedings by telephone or by replying to a regular e-mail without an electronic signature.

Once the debtor knows the current amount of the remaining principal, ie how much he has to pay during the Merciful Summer, he must do so as soon as possible (but not before 28 October 2021, at the latest by 28 January 2022). To the total amount in the amount of the principal, it is necessary to add the costs of stopping the execution, resp. the statutory amount of CZK 907.50 (CZK 750 + VAT).

If the debtor finds out that the principal has already been paid in full and the remaining debt is therefore only an accessory, he will send only CZK 907.50 to the executor to cover the costs of terminating the execution and notifying him that he is using Merciful Summer.

If all the above conditions are met, the bailiff will stop the execution and decide on the exemption from the payment of accessories. He should then issue a written decision on this without undue delay.

Legislation: Amendment to Act No. 286/2021 Coll., Amending Act No. 99/1963 Coll., The Code of Civil Procedure, as amended, Act No. 120/2001 Coll., On Bailiffs and Enforcement Activities (Endorsement Code) and the amendment of other laws, as amended, and some other laws.