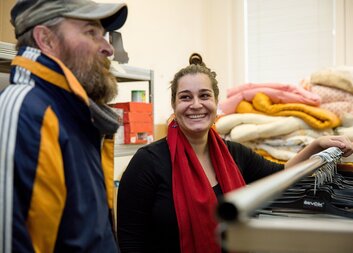 Zones without supplementary payment, which were enabled in urban areas by a part of the Act on Material Need, will disappear. The motion to dismiss was submitted by 17 senators. The concerned part of the provision of the mentioned Act was revoked by the Constitutional Court on August 31. According to its statement, the limitation of benefits in delimited areas affects all people in need and interferes with the law on providing basic living standards. We view the cancellation of the zones without supplementary payment very positively, since we focus on helping people in need in social area in a long term.

The principle of the so-called zones without supplementary payment was used by a number of municipalities, in order to prevent socially disadvantaged groups of people from living in certain areas of the municipality. This led to unprecedented discrimination of people in those areas. Only people, who did not receive social benefits, thus people who were better off, could live there.

“We unequivocally welcome the cancellation of the zones without supplementary payment. According to a number of experts, whom we work with, this stance led many people, who were affected by unfavorable life circumstances, illness, unemployment, or helplessness into an unsolvable situation. It led to their indebtedness and later on to the need to move out of the locality, despite living there their entire life. Their already difficult situation got even more complicated,” says Iva Kuchyňková, manager for advocacy activities in the social area of the Caritas Czech Republic.