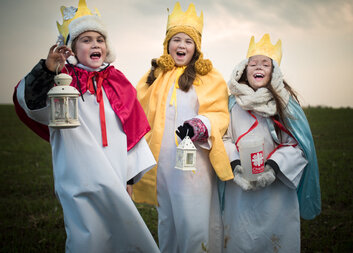 Success of the Three Kings’ Collection. Thank you!

Every coin of this year’s Three Kings’ Collection was counted. The 21st year has reached CZK 81,476,000. Such a good outcome was not expected. The traditional carolling had to leave out the main aspect: the carollers, due to the epidemiological situation. It was possible to contribute to the Collection only online or through the “static moneyboxes”. The collected money is no longer stored on the account, but is already helping all over the country those in need, who found themselves in a difficult situation due to the covid-19 epidemic as well.

The moneyboxes did not come to the donors. This time it was the other way around. They were placed at the local authorities, churches or the Caritas workplaces. They were even at gas stations in the Břeclavsko region or near Obřany. “The local coordinators of the Collection and the volunteers were facing a difficult situation, which was constantly changing and they have done a very good job. I am very thankful and I want to thank everyone, who participated in the Collection and who donated money, especially in these hard conditions,” said Lukáš Curylo, director of the Caritas Czech Republic.

The possibility to donate to the online moneybox on the website of the Three Kings’ Collection (it was available until the end of April) was a huge success. “The proceeds of the Collection show that the solidarity among people and the idea of the Collection are stronger than the epidemiological restrictions. We believe that in 2022 the traditional form with the carollers will take place,” says Gabriela Víšová, the National Coordinator of the Three Kings’ Collection.

Where does your money help?

The money is already reaching people in need. For example families: “In April we have given two tablets for distance schooling to a family with 8 children,” says Hana Čížková, Coordinator of the Collection from Holubov in the Českobudějovicko region. Three older children from the family also participate in the Three Kings’ carolling. One of two purposes of the Three Kings’ Collection in the Křemže district was focused on the tablets for the distance schooling.

Elsewhere the money was used for financial support of the people in need. “We have recently opened a low-treshold ambulance for a psychiatrist helping homeless people and those in need. Mental health issues and illnesses are a problem of many homeless people, who are usually not capable of using the regular psychiatric services. Establishment of the medical services would not be possible without the help from the Three Kings’ Collection,” says Leona Martinková, Head of the Medical services centre of the Caritas Olomouc. 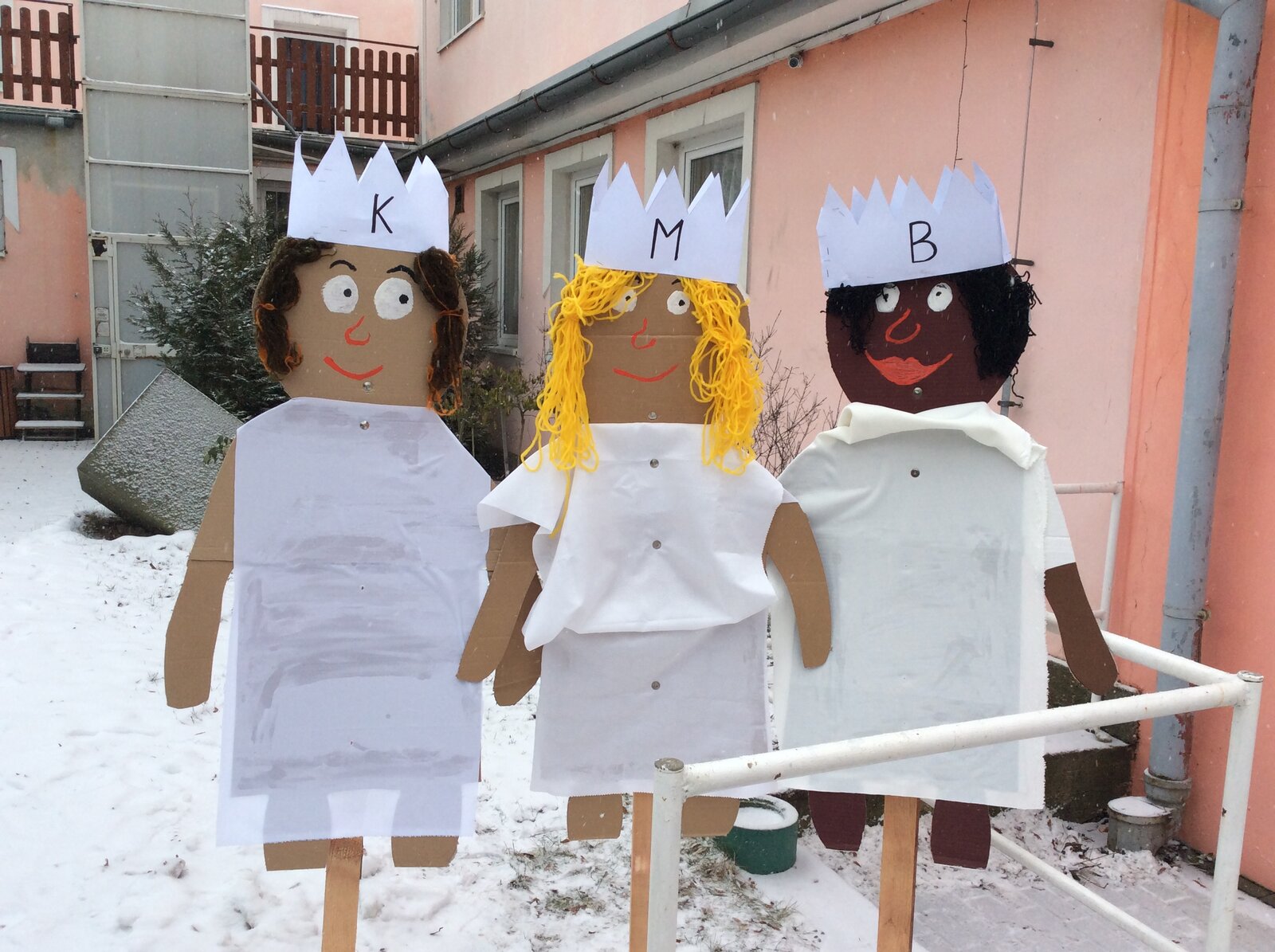 Photo: Welcome by the moneybox in Elementary and Practical school in Jesenice in Rakovník region

“Our Caritas caretaking service is financed from the regional funds and also from the cities and municipalities, where we provide our services. Unfortunately, we do not receive funds from all of the municipalities, therefore we will use the money from the Three Kings’ Collection to be able to provide our services even to those municipalities,” says Vladimíra Havránková, Director of the Caritas caretaking service in Mnichovo Hradiště. “Our clients often say that we are the only ones who come and do not mind the long distance.”

“The proceeds from the Three Kings’ Collection will be used for funding of the Home Hospice Porta Vitae. The public funds do not cover its operation. The expanding services and 24-hour accessibility of the hospice team brings the need to replace the defective car for a new one, so the sick patient and their caring family receive help of the doctor or nurse always reliably and on time,” mentioned Jaroslava Klapalová, the Director of Regional Caritas Tišnov.

“The proceeds from the Three Kings’ Collection are funding the operation of the Civil advisory center in Rumburk. The center is helping those in need, for example during a debt trap by debt elimination. Among them are also seniors, whose grandchildren made them fall into debt and are in danger of losing their home. There are also young mothers with children, who lost their partners and do not know what to do next. Recently, the advisors were helping seniors with vaccination registration and filling out forms for the census,” says Martina Škodová, Director of Caritas Rumburk. 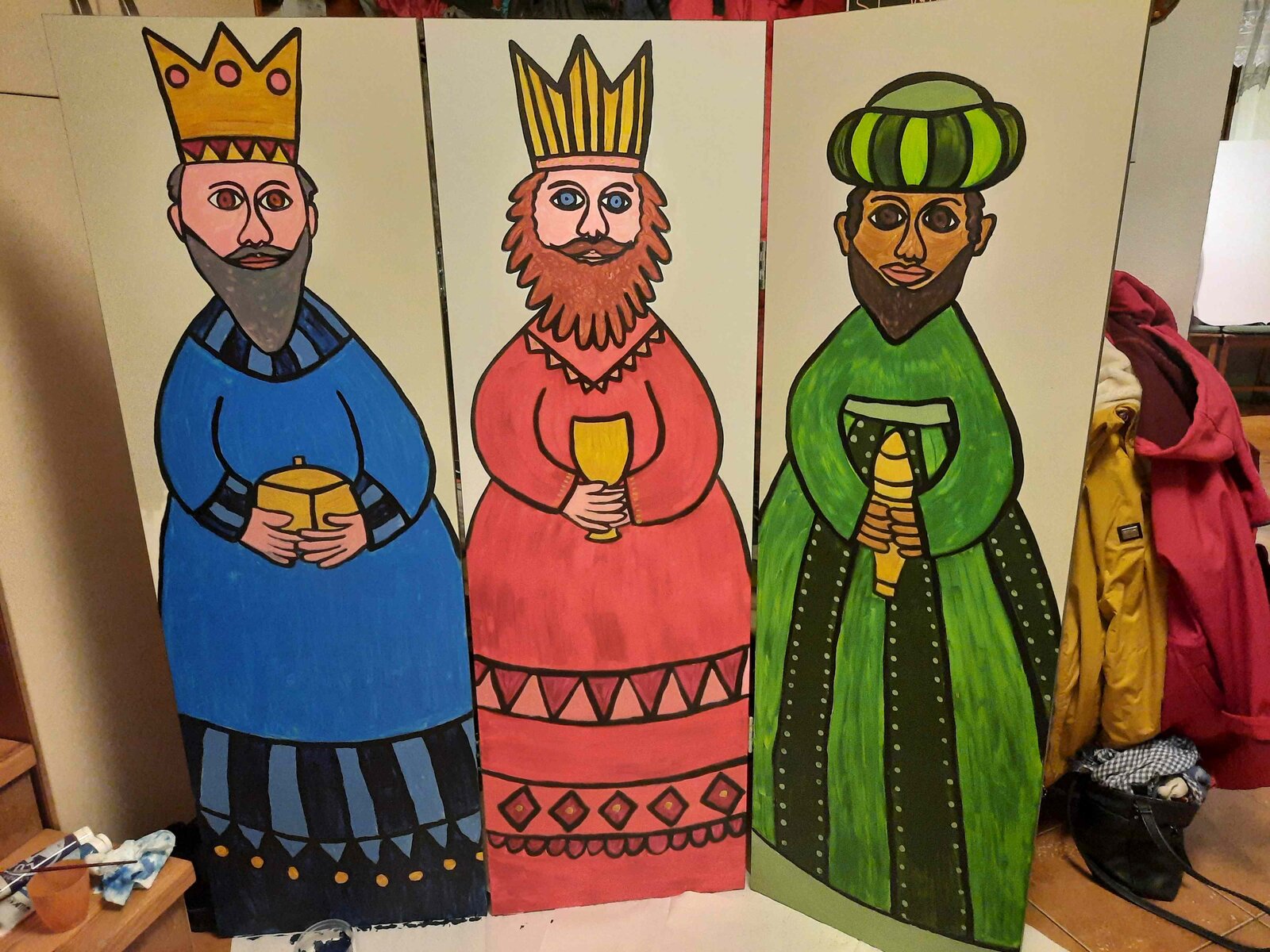 Photo: Three Kings in the city of Dobřany